Tales From the Grove – Joseph M. Ewing brought his large family to western Navarro County sometime in the 1890s. His oldest son James W. T. Ewing aka “Uncle Jim” married Mary Hall in 1897 and the two went west to seek their fortune in New Mexico, Arizona, Oklahoma, and eventually California. Several of James’ younger siblings including Grampa Edd Ewing stayed put near Blooming Grove to raise their families, while others went on various adventures which included activities from peanut farming to horse thieving.

One day in the late 1920s the shiny Model T or A (?) Ford in this photo pulled into BG loaded with Ewings from the far west to visit the local BG clan. Of course this was in the BF days, (Before Facebook) and to keep up with each other, families would hand write letters and send them by what is known now as snail mail. Telephones were only owned by a few people / businesses, certainly not by sharecropping farmers like the Ewings. All this is to say that a visit from far away kinsmen was a very rare treat indeed, and in fact such a visit was typically well documented in the local newspaper.

Pictured in this photo is James Ewing’s daughter,cousin Eula Lee Ewing, striking a pose for her country cousins next to her father’s Ford. 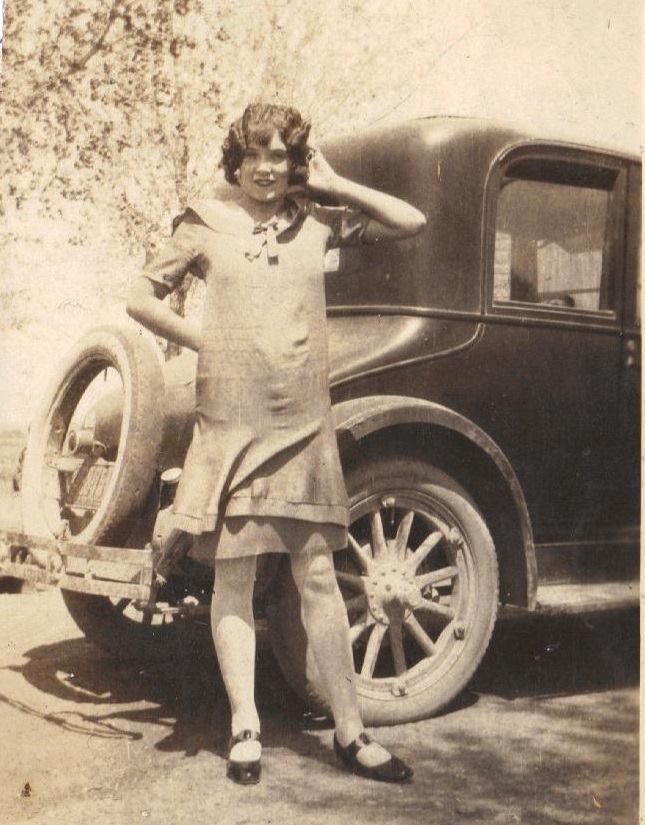