About Blooming Grove Texas The friendliest little town in Texas

Nestled in the northwest corner of Navarro County, Blooming Grove has been likened to “a town that time forgot”. You won’t find any traffic jams, road rage, noise pollution, big business or big industry. You will find friendly people who wave to you whenever you drive or walk by. Good neighbors who look out for one another and help each other in times of need. Want to catch up on the latest news of the community? Just stop by the local convenience store and share a morning cup of coffee with the town’s elders. You’ll learn more there than you will from CNN or Fox News, that’s for sure. The actual town and city limits of Blooming Grove is only one mile in diameter, with a population of approximately 850 people. However, the school district and community encompasses approximately 165 square miles of the county with a population in excess of 3800; therefore the City is actually serving approximately 2,000 on any given day. We are 1 hour from Dallas, 30 minutes to Waxahachie and 15 minutes to Corsicana, TX. With the population explosion and growth taking place in the big cities like Dallas, McKinney, Plano, Allen, etc, it’s no wonder that some folks are starting to look for alternatives to the ordinary. People are finding that they can get a lot more house and land for their dollar, and a peace of mind and spirit that a small town and rural environment can afford. So if you’re looking for a sanctuary from the rat race, look no more….Just click your heels three times and repeat the following words: “there’s no place like Blooming Grove”.

Blooming Grove is a town in Navarro County, Texas, in the United States. As of the 2000 census, the town population was 833.

According to the United States Census Bureau, the town has a total area of 0.9 square miles (2.3 km2), all of it land. 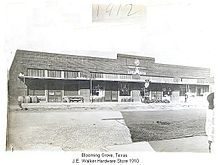 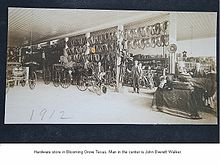 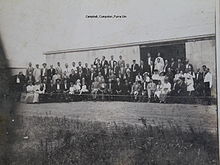 There were 342 households out of which 31.9% had children under the age of 18 living with them, 54.1% were married couples living together, 11.1% had a female householder with no husband present, and 31.6% were non-families. 29.2% of all households were made up of individuals and 16.1% had someone living alone who was 65 years of age or older. The average household size was 2.44 and the average family size was 3.00.